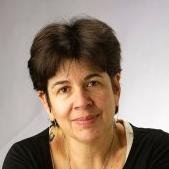 We will work on rescheduling this event in the fall!

The Changing World of Media and Healthcare with author Judy Graham
Thursday, May 3
5:30 p.m. -7:30 p.m.
DWPC Clubhouse
Dinner: $18 per person

For most of Judy Graham’s three-decade-plus career as a journalist, she’s written about healthcare and how people navigate this complex, baffling system of doctors, hospitals, insurance companies, nursing homes, and other kinds of care. For the past seven years, she’s focused increasingly on the nexus between aging and health. Judy now writes a column, “Navigating Aging,” for Kaiser Health News, and runs a Facebook Group on aging: www.facebook.com/groups/navigatingaging. There, she posts articles about aging and encourages discussions among its nearly 900 members.

In this talk, Judy will discuss the changing world of the media and healthcare. She’ll also feature some of the topics she’s written about recently in her columns and what they tell us about how to age well.

Judy Graham has been a journalist for 35 years. Her first newspaper job was at the Denver Post; she moved from there to the Chicago Tribune, where she was a correspondent for 14 years and won several awards for her work at there. She was part of a large team that won a Pulitzer Prize in explanatory journalism at the newspaper in 2001.

RSVP to Faith Marcovecchio by May 1 at faithnick@msn.com. Members and their guests are welcome.